Vaunda Micheaux Nelson grew up, the youngest of five children, in Elizabeth, Pennsylvania. “My parents brought books into my life on the day I was born. My mother found my name in a novel she was reading,” she says.

She credits her love of books to her mother and father, who faithfully read to her every night.  As a writer, she hopes to give young people some of what her parents gave her—opportunities to grow through story. Vaunda’s love of history and family is reflected in many of her award-winning books.

Her young adult book, No Crystal Stair: A Documentary Novel of the Life and Work of Lewis Michaux, Harlem Bookseller won the 2012 Boston Globe-Horn Book Award for fiction, a 2013 Coretta Scott King Author Honor and prevailed in the 2013 School Library Journal Battle of the Kids’ Books.  New Mexico-Arizona Book Awards voted it “Best of Show” in 2012.

Vaunda received the 2010 Coretta Scott King Author Award for Bad News for Outlaws: The Remarkable Life of Bass Reeves, Deputy U.S. Marshal, which also earned the Simon Wiesenthal Once Upon a World Children’s Book Award, a Carter G. Woodson Honor, an Anne Izard Storyteller’s Choice Award,  and was a Western Writers of America Spur Award Finalist as well as a Washington Post Best Book of the Year.

Don’t Call Me Grandma (2016), based on Vaunda’s paternal grandmother, was named a Best Book of 2016 by National Public Radio and won a New Mexico-Arizona Book Award in the Parenting/Family Issues category. Dream March: Dr. Martin Luther King, Jr. and the March on Washington is a Random House Step-Into-Reading History Reader. Dream March was starred in School Library Journal and selected as a best book for 2017 by the Chicago Public Library.

Vaunda’s first book, Always Gramma, was selected by the Children’s Book Council as a Notable Children’s Trade Book in the Field of Social Studies.

In 2010, Who Will I Be, Lord? was cited as “highly commended” by the Charlotte Zolotow Award committee.

Her other books include Ready? Set. Raymond!, another Random House Step-into-Reading book, Beyond Mayfield, Possibles, and Juneteenth which she co-authored with her husband, Drew Nelson. Vaunda’s poetry has been published in Cricket and Cicada magazines.

The author has been a teacher, newspaper reporter, bookseller, recreation specialist, children’s librarian, and has served on Newbery and Caldecott Awards committees. She was named the New Mexico Centennial Children’s Author in 2012 and a New Mexico Woman Who Changed America in 2005.   She is currently serving on the Ezra Jack Keats Award Committee. She was awarded the Talking Leaves Oracle Award from the National Storytelling Network in 2019.  This honor is given to “members of the storytelling community who have made outstanding contributions to the literary body of storytelling as authors, editors or collectors.”

Vaunda is a graduate of Point Park University in Pittsburgh.  She holds master’s degrees from The Bread Loaf School of English at Middlebury College, Vermont, and from the University of Pittsburgh School of Library and Information Science.

Vaunda lives in New Mexico, with her husband, Drew. 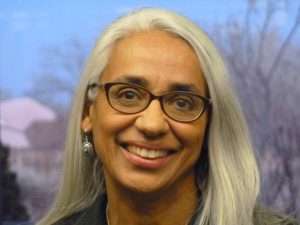 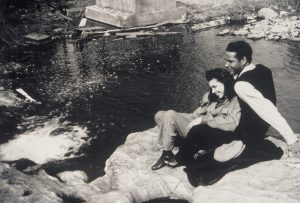 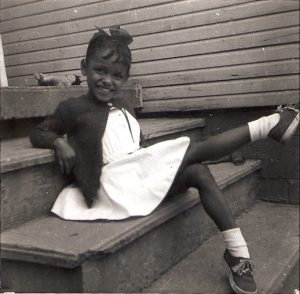 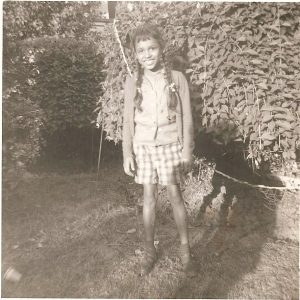 The youngest of five children